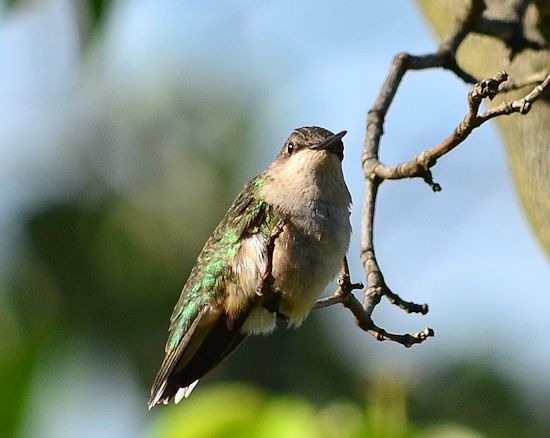 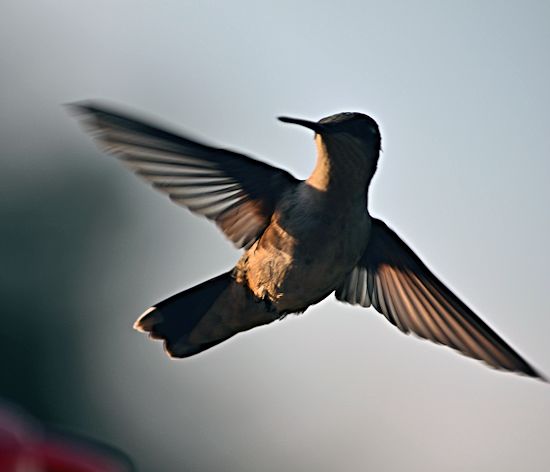 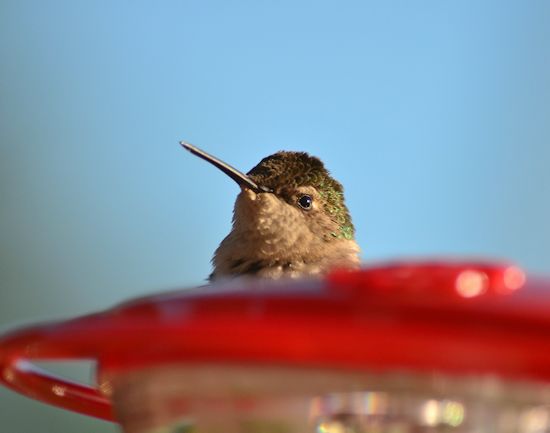 We saw about the same amount of hummingbirds this year, if not more but overall it wasn’t as good a year as most. I say that because they would visit the feeders but leave soon afterwards. Usually, they would feed from the many plants we have for them, but not much this year. We think the reason for this may have been due to two things. First, some of the plants didn’t seem to grow or bloom that well until late in the year. A cold and long Spring combined with a hot and dry Summer may have been the plant problem.

We had to remove a huge pine tree from our yard before the season started and think that may have been the reason for the quick visits. We’re thinking the big tree gave them security by shielding them from the rest of the world and that made them stay longer. We’ve planted a smaller tree in the spot close to where the pine tree was, but it will probably take a while to get big enough to help.

Above are a few photos we took this year but we had hoped to get some better pictures with them feeding on plants. Hopefully, things will go differently next year.