First hummingbird sighting and pictures of 2013

First hummingbird sighting for 2013 was on Thursday, May 9th one day before the same time last year. The first to arrive was a male rubythroat about 6:00 pm followed by a female a couple of hours later. We’ve seen them both on and off for the last couple of days as long as those we’re seeing are the same birds.

Below are two pictures of them for you to see. They aren’t all that great for a couple of reasons. One being they are shot through two glass door windows and reason number two is we’re still learning to use our new Nikon D5100 camera. Hopefully as the year progresses we’ll get some better pictures.

Best thing though is our hummingbirds are back, hopefully for the rest of the season. We’ll try and keep you updated with future posts as the season goes on. 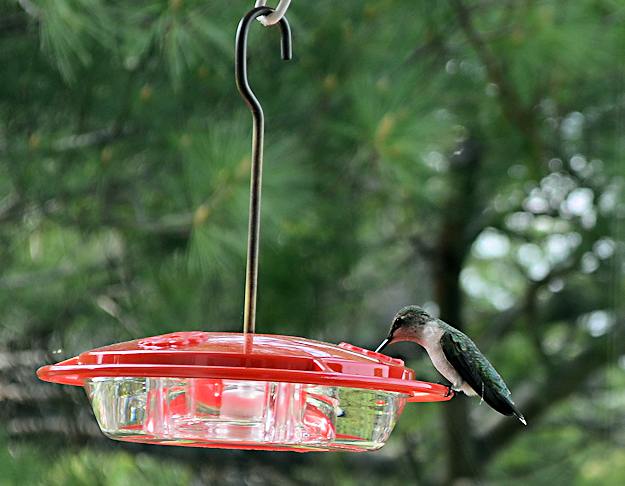 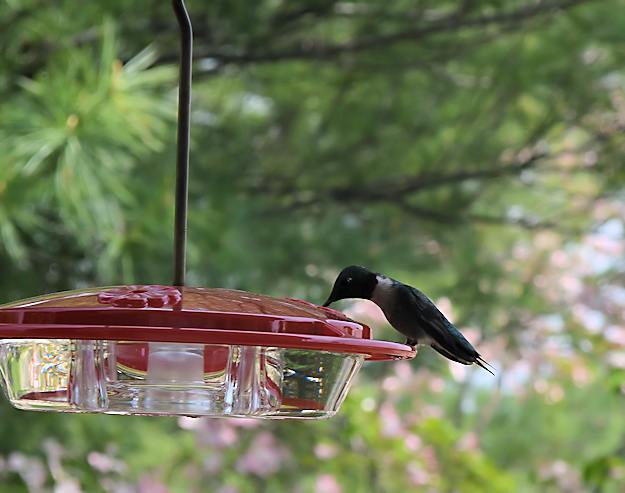 This entry was posted in Hummingbird season and tagged male rubythroat, Nikon D5100. Bookmark the permalink.